This page is dedicated to all the men and women that are currently serving or have served in the US Military. Many of them are Holeshot customers that ride, and this is just a small way of saying thank you for a job well done. If you are serving please feel free to e-mail me with a couple jpeg photos and a short blurb of what you do.

Pat's currently a Combat adviser on a 12 man MITT Team advising the Iraq Army. Thank you Pat, Your Amazing.

There are thousands of brave men and women keeping America safe by what they do and I am very proud of each and every one of them. I want to say thank you so much for what you do and please keep in mind they cannot do their jobs without our American support back home 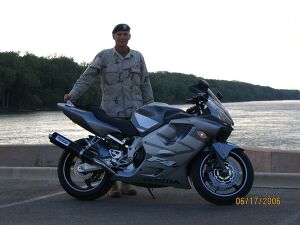 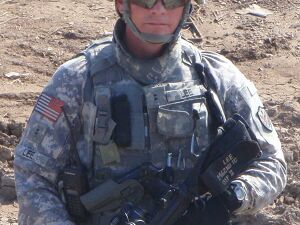 Pat Lee with his F4 Honda and at work. 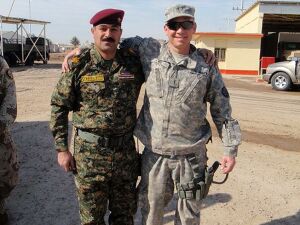 Febuary 2009 Pat and MAJ Jasim an Iraqi Soldier,
he is ex republican guard from the Saddam days.
It turns out he was in the same area as me during
Desert Storm, we are now friends and I advise him
everyday, he's a good man. 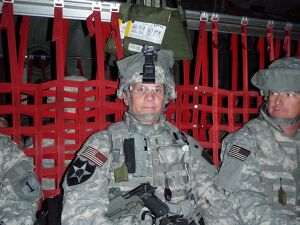 Pat flying to Baghdad from Kuwait in my combat
gear when we fist got here in October 2008. 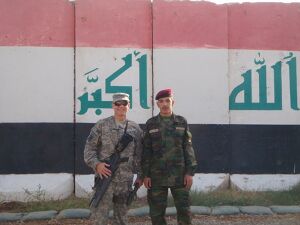 Pat standing next to an Iraqi Solder in front of the
Iraqi flag in Taji Iraq. 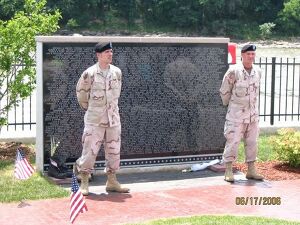 My best friend Scott Patterson and I standing in
front of one of the walls with fallen Soldiers names
on it at the 2006 cerimony in Joliet IL. 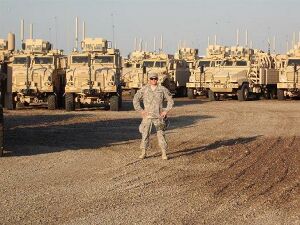 I'm standing in a MRAP motor pool in Baghdad Iraq
after completing the MRAP driving course, MRAP's
are the new vehicle that is replacing the "Hummer"
because it withstands blasts better from IED and
RPG attacks than the Hummer's do. 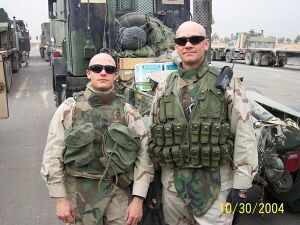 October 2004 me and my driver SPC Cochran
getting ready for a convoy. 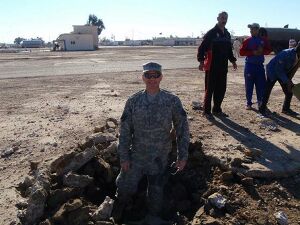 January 2009 I'm standing in a crater from a rocket
that we found that the insurgents shot at us, it
didn't explode so we had to have EOD blow it up. 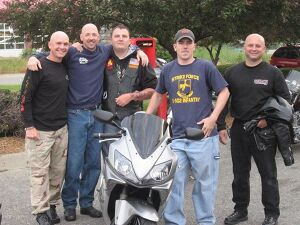 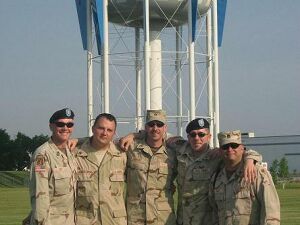 We are standing at Chicago International Speedway
preparing for the Freedom Ride in 2006. 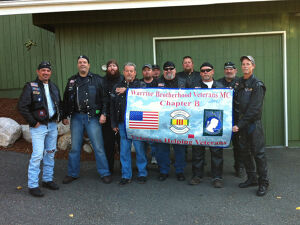 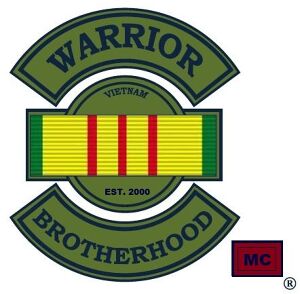